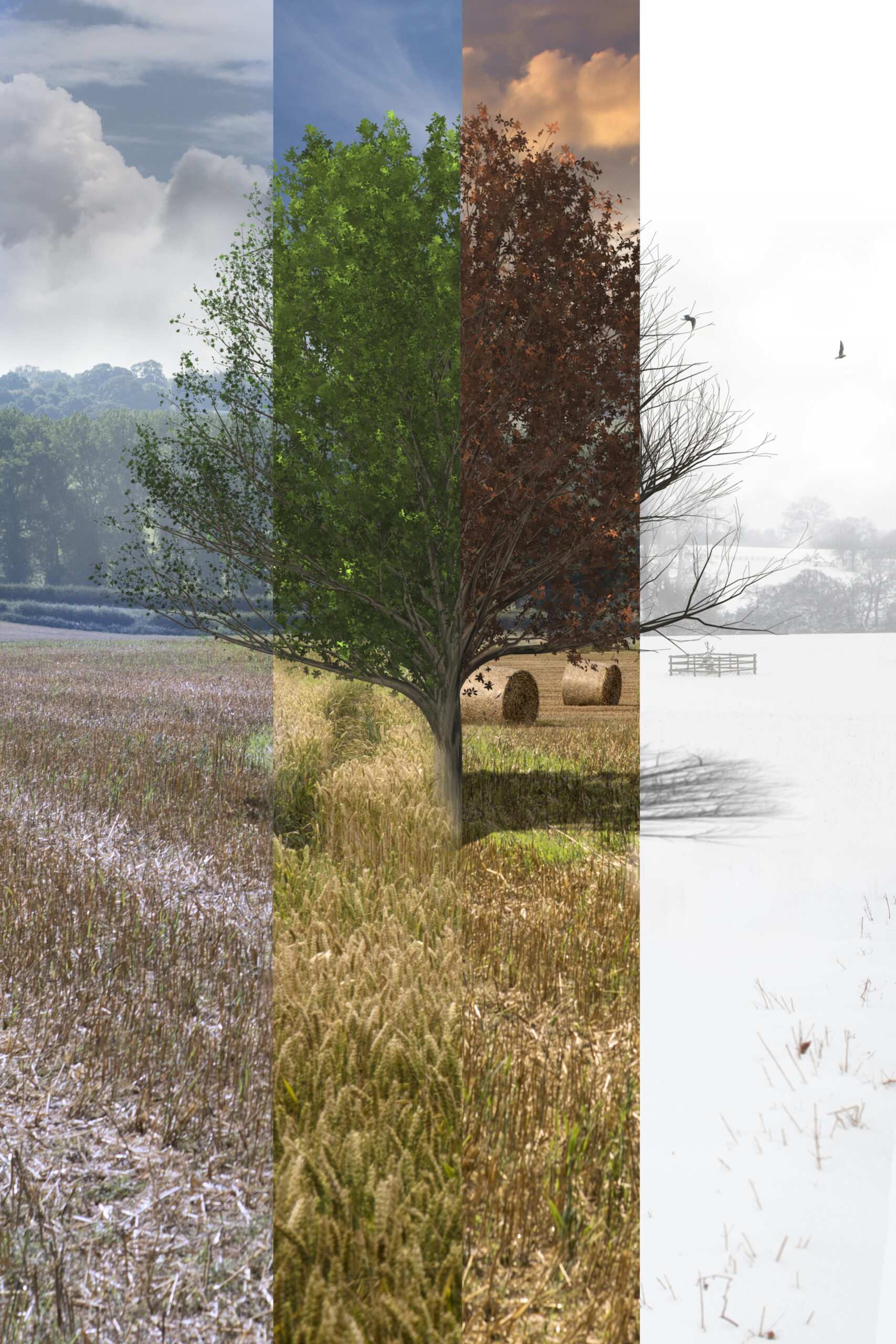 Seasonal dynamics are a major driver of soil microbial communities. Much like you and I, microbes are more active during some seasons, and more dormant during others. This can be attributed to the different responses microbes have to nutrient inputs, climatic conditions, and other soil properties. As there are a lot of factors that affect microbial activity, it can be difficult for farmers or researchers to make definitive statements regarding the relationship between their soil microbial communities and seasonal changes. Specifically, temperature, moisture content, and the existence of plant life are considered the most important factors affecting microbial growth and activity within a season.

The presence of plants on the soil has a large impact on microbial life. As plants form, they begin to cultivate microbes surrounding their roots by producing nutrients for the microbes to essentially feed on. As the microbial community grows, they undergo a series of processes allowing them to obtain nitrogen and mineral nutrients from the soil and then provide the nutrients back to the plant to stimulate growth. This is part of the symbiotic relationship between plants and microbes– they support each other through the mining of nutrients from the soil and sun.

Just like plant presence, temperature greatly influences soil microbial properties. During cold seasons, temperature is considered a major limiting factor of microbial activity, whereas water availability could be a limiting factor during the summer season. Soil temperature can affect organic matter decomposition and mineralization rates, thereby impacting microbial biomass and activity levels. Bare soil, or soil without any plants growing, will have lower microbial activity occurring, regardless of season. This is why researchers and land stewards have emphasized the planting of cover crops between growing seasons in regenerative agriculture– as cover crops can alter soil properties and increase the biomass and diversity of microbial communities. In the warmer or hotter seasons, the addition of cover crops can also help to mitigate how much heat the soil is absorbing.

Studies show that microbial activity in agricultural soils increases in the fall when compared to other growing seasons–likely due to an increased level of nutrients and soil organic matter from crop and plant residue post harvest. Throughout the wintertime, or non growing season, microbial activity and composition is thought to be stagnant, but stable. An increase in microbial activity is said to occur after the thawing of frozen soils and can be linked to the freeze-thaw cycle (FTC) that colder climates experience. As snow freezes over soil, it inhibits air diffusion from occurring, creating anaerobic conditions for the microbial communities and therefore altering the soil community structure. In turn, this causes an increase in denitrification, respiration, and production of greenhouse gases, which are being trapped under the frozen layer. Once temperatures begin to rise, the soil begins to thaw, allowing oxygen into the soil. This provides labile carbon and other nutrients to the soil, which increases microbial activity and biomass. However, once thawing occurs, those greenhouse gases that were once trapped, are released into the air. This exact dynamic between microbial activity and the FTC is still being debated due to different soil properties greatly affecting freeze/thaw rates and as researchers use different methodologies, making it difficult to compare results between studies.

But despite the controversy surrounding the exact relationship between microbes and seasonal temperature changes, researchers do agree that microbial biomass and activity are related to seasonal temperature fluctuations. They’ve found that generally, microbial biomass decreases once the temperature increases past a certain point. As temperature increases, there is also an increase in CO2 being released from the soil, which we refer to as respiration. So when more respiration occurs, more carbon is being put into the air. This respiration process is sensitive to temperature change, which is why it’s imperative to have a better understanding of the seasonal dynamics of microbial communities.

As soil microbial life varies naturally by season, it might be hard to differentiate the natural seasonal changes from the changes related to your regenerative growing practices. Understanding the short term seasonal dynamics of microbial communities in various soil conditions is key in furthering our understanding of soil biology. Documenting and analyzing periodic readings with microBIOMETER® can assist you in differentiating between natural and seasonal changes in your soil.

Bates, Todd B. (2018, Oct 10). How Plants Harness Microbes to Get Nutrients. Rutgers.edu.
https://www.rutgers.edu/news/how-plants-harness-microbes-get-nutrients

PrevPreviousHow microBIOMETER® Changed the Farming Practice of a Syntropic Farmer
NextDo you know if you are increasing soil organic carbon?Next